The Spartan Court by Algerian novelist Abdelouaheb Aissaoui is one of the 16 novels on the International Prize for Arabic Fiction (IPAF)’s 2020 longlist:

The IPAF shortlist is scheduled to be announced later today in Marrakesh. 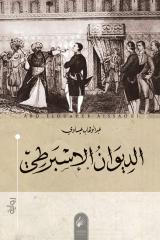 Abdelouaheb Aissaoui is the author of three novels and a short-story collection. His second novel, Sierra de la Muerte (The Mountain of Death) won the Assia Djebar prize in 2015 for best novel in the Arabic language. He was also one of the IPAF’s Nadwa workshop participants in 2016.

This interview was conducted in Arabic, translated by Nadia Ghanem.

First of all, congratulations on your nomination! Four novels by Algerian writers are on the IPAF’s longlist this year. Why do you think that is? Do you think it reflects the strength of the literary production of 2019, or perhaps the work of publishing houses who made a point…