The Guardian article by Chukwuma Muanya, Assistant Editor published on 30 March 2018 started thus. Researcher have discovered a way to produce water in the desert from thin air. Scientists at the Massachusetts Institute of Technology (MIT) have developed technology that could save lives in harsh desert climates. The technology allows users to transform moisture in the air into water.

Most of the MENA that is normally threatened by water scarcity as well as all those world’s arid regions, notably the Sahel would be interested in such discovery. And would be awaiting its practical exploitation with impatience. The impact of the eventual utilisation of such technological advance after its generalisation on the micro and macro environment of the immediate as well as on the whole earth have yet to be assessed.

In the meantime, HWW quoted “The Sahel is a priority for the Secretary-General and the entire United Nations system,” Deputy Secretary-General Amina Mohammed told a conference being held in Nouakchott, Mauritania, to discuss strategies to tackle the Sahel crisis, which leaves 24 million people in need of humanitarian assistance this year.

The MIT-developed system that could provide drinking water even in extremely arid locations was covered by David L. Chandler | MIT News Office on March 22, 2018. 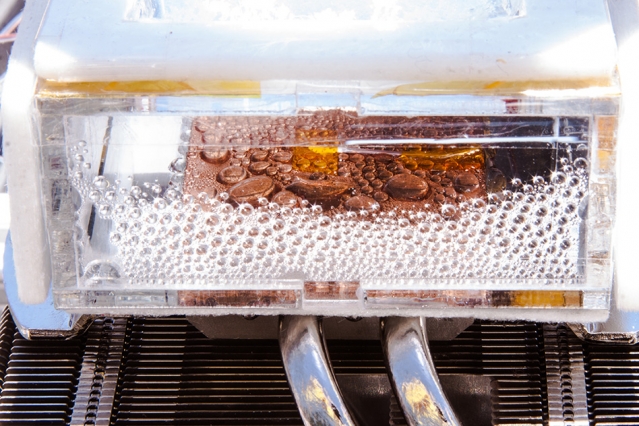 It seems like getting something for nothing, but you really can get drinkable water right out of the driest of desert air.

Even in the most arid places on Earth, there is some moisture in the air, and a practical way to extract that moisture could be a key to survival in such bone-dry locations. Now, researchers at MIT have proved that such an extraction system can work.

The new device, based on a concept the team first proposed last year, has now been field-tested in the very dry air of Tempe, Arizona, confirming the potential of the new method, though much work remains to scale up the process, the researchers say.

The new work is reported today in the journal Nature Communications and includes some significant improvements over the initial concept that was described last year in a paper in Science, says Evelyn Wang, the Gail E. Kendall Professor in the Department of Mechanical Engineering, who was the senior author of both papers. MIT postdoc Sameer Rao and former graduate student Hyunho Kim SM ’14, PhD ’18 were the lead authors of the latest paper, along with four others at MIT and the University of California at Berkeley.

Last year’s paper drew a great deal of attention, Wang says. “It got a lot of hype, and some criticism,” she says. Now, “all of the questions that were raised from last time were explicitly demonstrated in this paper. We’ve validated those points.”

The system, based on relatively new high-surface-area materials called metal-organic frameworks (MOFs), can extract potable water from even the driest of desert air, the researchers say, with relative humidities as low as 10 percent. Current methods for extracting water from air require much higher levels – 100 percent humidity for fog-harvesting methods, and above 50 percent for dew-harvesting refrigeration-based systems, which also require large amounts of energy for cooling. So the new system could potentially fill an unmet need for water even in the world’s driest regions.

By running a test device on a rooftop at Arizona State University in Tempe, Wang says, the team “was field-testing in a place that’s representative of these arid areas, and showed that we can actually harvest the water, even in subzero dewpoints.”

The test device was powered solely by sunlight, and although it was a small proof-of-concept device, if scaled up its output would be equivalent to more than a quarter-liter of water per day per kilogram of MOF, the researchers say. With an optimal material choice, output can be as high as three times that of the current version, says Kim. Unlike any of the existing methods for extracting water from air at very low humidities, “with this approach, you actually can do it, even under these extreme conditions,” Wang says.

Not only does this system work at lower humidities than dew harvesting does, says Rao, but those systems require pumps and compressors that can wear out, whereas “this has no moving parts. It can be operated in a completely passive manner, in places with low humidity but large amounts of sunlight.”

Whereas the team had previously described the possibility of running the system passively, Rao says, “now we have demonstrated that this is indeed possible.” The current version can only operate over a single night-and-day cycle with sunlight, Kim says, but “continous operation is also possible by utilizing abundant low-grade heat sources such as biomass and waste heat.”

The next step, Wang says, is to work on scaling up the system and boosting its efficiency. “We hope to have a system that’s able to produce liters of water.” These small, initial test systems were only designed to produce a few milliliters, to prove the concept worked in real-world conditions, but she says “we want to see water pouring out!” The idea would be to produce units sufficient to supply water for individual households.

The team tested the water produced by the system and found no traces of impurities. Mass-spectrometer testing showed “there’s nothing from the MOF that leaches into the water,” Wang says. “It shows the material is indeed very stable, and we can get high-quality water.”

“This technology is fantastic, because of the practical demonstration of an air-cooled water harvesting system based on MOFs operating in a real desert climate,” says Yang Yang, a professor of materials science and engineering at the University of California at Los Angeles, who was not involved in this work.

“This provides a new approach to solving the problem of water scarcity in arid climates,” Yang says. “This technology, if one can further increase its production capacity, can have a real impact in areas where water is scarce, such as southern California.”

The team also included graduate student Eugene Kapustin at the University of California at Berkeley; graduate student Lin Zhao and postdoc Sungwoo Yang at MIT; and professor of chemistry Omar Yaghi at Berkeley and at King Abdulaziz City for Science and Technology, in Saudi Arabia.