The Minister of Industry and Mines has declared on February 8th, 2018 that Algeria’s held gold reserves are 173 tons, as unchanged from 2009, but with a decrease in the production of ENOR, the state-owned gold mining company in 2017, by more than 800 kg compared to 2008/2010. For purposes of answering whether ENOR the Algerian gold mining Company is Profitable status, and in several of my contributions on this subject between 2009 and 2017-(please Google Mebtoul in Arabic-English-French) depending on the fluctuations in the price of the gold ounce, I had estimated it to be $9 billion in late 2008 and between six and seven billion between 2015 and 2017.

According to the World Gold Council (WGC) annual report, the annual world gold demand amounted to 4071.7 tons in 2017, down 7% from 2016. According to this report, the total reserves in 2016 of the top 100 holding countries were estimated at 32,813 tons. According Cheatssheet.com Business, the ten countries with the most important reserves of gold in descending order are as follows:

This data for all sorts of reasons could differ slightly for those of some countries.

To determine the intrinsic value of the 1 kilogram of gold ingot, we must multiply the price of an ounce of gold by 32.15, then apply the Euro/Dollar exchange rate.

Then, one would wonder where is the additional production of the Amesmessa gold mine? 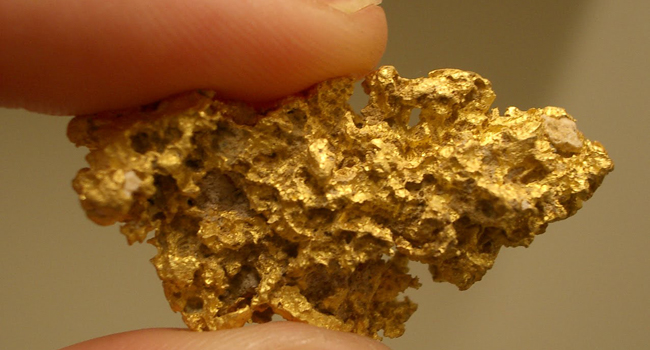 With this recent data in mind, Algerian opinion needs to be enlightened, about the stock of Algerian gold reserves, which has not moved since 2009, while Algeria has embarked on gold mining in Amessmessa.

The gold-producing company can either sell to the central Bank of Algeria to increase its stock of gold or export it or again sell it directly to jewelers. The first option was discarded. Since the gold stock has remained unchanged since 2009.

On January 30th, 2010 in a statement to the Algerian Press Service, the Director of the ENOR, the gold mining company had officially declared: “The Amessmessa deposit, located at 460 km west of Tamanrasset, will benefit from a development plan with the objective of gradually increasing its gold production to three tons of gold annually.”

The partnership with the  Australian company Gold Mining Algeria (GMA), having left Algeria,  it was not conclusive to produce under the contract between 3000 and 4000 kg annually;  I quote the statement made in London in January 2007 from the CEO of GMA : “The Tirek and Amesmessa mines can produce about 28.5 grams of gold per ton of soil.”

An important regression of more than 800 kg between domestic consumption and exports in 2009/2010, which explains the structural deficit of this company which according to the Minister of Industry would have been to 1.4 billion Dinars (DZD) in 2016, DZD600 million in 2017 with a forecast of DZD400 million by end of 2018.

Recently, according to the Minister, the Government had decided to clear DZD2 billion of debts in favour of ENOR and to allocate it a long-term investment credit of DZD3 billion despite the wage costs far exceed the revenue.

However, it is necessary to avoid misinterpretation, to specify that the stock of gold or currencies in general do not create wealth, these are a means of exchange.

On the contrary, hoarding and speculation in refuge values such as gold, certain currencies or raw materials is harmful to any economy. Having foreign exchange reserves or gold is not necessarily the wealth of a Nation. There are countries with little or no foreign exchange reserves held by central banks but with significant development, with capital being transformed into productive capital. This is a necessary condition but not sufficient to secure the investment and especially for the rentier economies countries to avoid a greater slippage of the value of the Dinar compared to the currencies where there is a correlation of approximately 70% between the present value of the Dinar, and this stock of currencies via the oil rent. With exchange reserves of $20 billion, the official Algerian Dinar would float to more than DZD200 a Euro and DZD250/300 a Euro on the informal market. It is thus far from being a sufficient condition for sustainable development and above all from an ephemeral hydrocarbons-based rentier economy.

The central problem for Algeria is to transform this virtual wealth into real wealth through a non-hydrocarbon development based on business and knowledge, all conditioned by a new governance model.